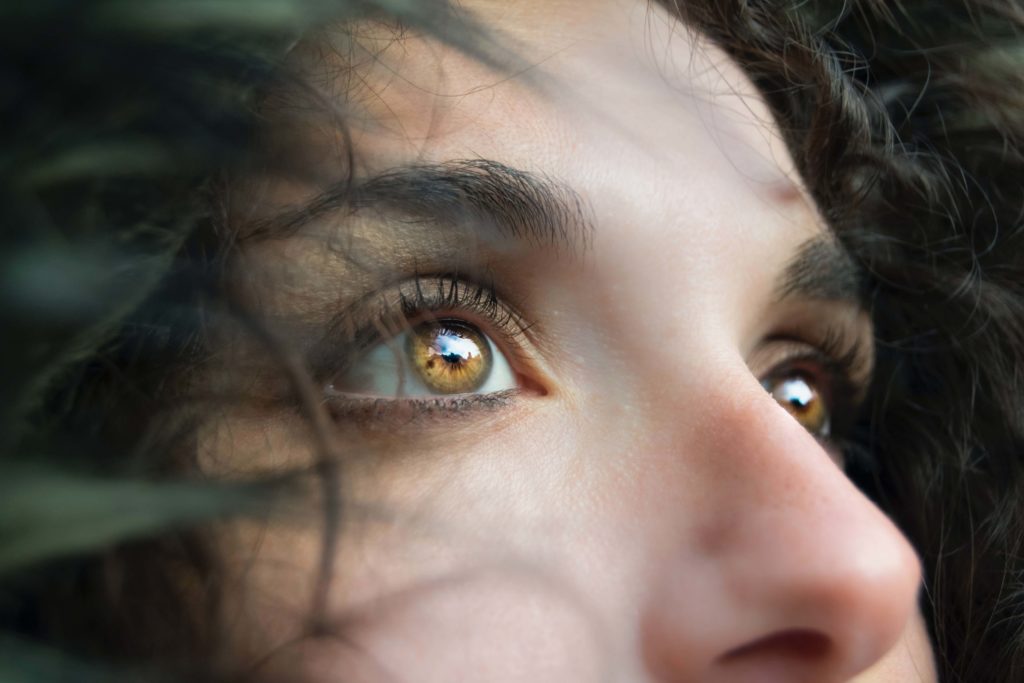 People have accepted failing eyesight as a normal part of aging and simply use glasses which do not address the root cause of the problem. The truth is that eye health is affected by diet, environmental factors such as pollution and radiation from the sun, and lifestyle choices. Therefore, most poor sight or loss of sight problems are preventable, and symptoms can be reversed through lifestyle changes, particularly diet.

Some of the most common eye problems that develop as people get older are macular degeneration, dry eye, cataracts, and glaucoma. Diet plays a major role in the development of these diseases. UV exposure also contributes significantly by creating free radicals which then damage the cornea, the lens, the retina, and the optic nerve.

Age-related macular degeneration (AMD) is deterioration of light-sensitive cells in the macular, the central part of the retina. It is one of the main causes of blindness in developed countries. It typically affects older people but some young people get it.

Dry eye disease is caused by the continuous lack of moisture and lubrication on the eye surface, for example when you work at the computer and blink less often. This dries the eyes and causes discomfort and potential visual problems such as constant eye irritation, or serious inflammation, or even scarring on the front surface of the eyes.

Cataracts, the clouding up of the lenses of the eyes, is a leading cause of blindness and vision impairment in the world. It affects the ability to see well enough to perform daily tasks and tends to deteriorate over time.

Glaucoma is gradual degeneration of the optic nerve.

Generally, foods that improve general health also improve eye health, but some nutrients are particularly important for the eyes. They maintain and improve eye health, protect the eyes, and reduce risks of age-related degeneration caused by free radicals. However, too many free radicals are produced in the body, and it is not easy to get enough antioxidants from diet. What is required is a strong antioxidant like astaxanthin, a carotenoid (a reddish pigment) that occurs naturally in certain fish eggs, crab, algae, trout, lobster, Pacific salmon, shrimp, and other seafoods. Eating sea foods is not the most effective way to get enough. The best way is to take it as a supplement form.

Oxidative stress caused by free radicals damages the cornea, the lens, and the retina. This is the major cause of macular degeneration, cataracts and glaucoma. As an antioxidant, astaxanthin will neutralize free radicals that cause degeneration in the eyes.

In fact, astaxanthin is the most powerful antioxidant known. It is 6,000 times more powerful than vitamin C, and 550 times richer as a source of antioxidants than green tea. Therefore, it you are looking to improve your eyesight, take astaxanthin.

Protects eyes against the sun

When you take good doses of astaxanthin, it accumulates in the eye and protects it against damage by ultraviolet rays. It acts as a sunscreen in the eye, a place where you can never apply SPF.

Supplementing with astaxanthin will help your eyes to recover from extended time in front of the computer, preventing dry eye disease. In studies, a dose of 6mg/day significantly improved visual accommodation, and improved symptoms of eye fatigue. A dose of 12mg/day significantly improved far visual acuity and blood flow in the choroid. The choroid is sandwiched between the sclera and the retinal pigment epithelium.

Works in many other ways

Astaxanthin works in many other ways to improve eye health. Animal studies found that it protects against photokeratitis cataract formation. It also prevents retinal damage that is related to increased intraocular pressure through its anti-inflammatory action.