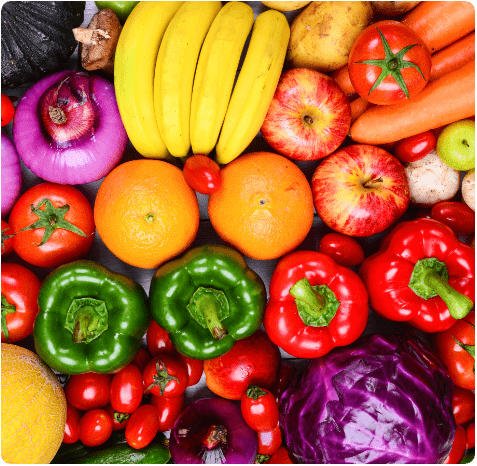 Astaxanthin and over 700 other natural pigments made from algae, plants and phytoplankton make up the carotenoid family. These carotenoids give plants, fruits and vegetables their vibrate colours along with providing free radical protection in humans as antioxidants. It is the astaxanthin in a flamingo’s diet which when deposited into the feathers gives them the pinkish-red colour we recognise. Carotenoids such as astaxanthin are notable by their ability to interact with free radicals and singlet oxygen molecules. With growing scientific literature, there is great evidence that astaxanthin surpasses the antioxidant benefit of other studied antioxidants such as beta-carotene, vitamin C, zeaxanthin and vitamin E. Studies in animals have shown astaxanthin protecting skin from the harmful effects of ultraviolet radiation, chemically induced cancers, age-related macular degeneration and enhancing the immune system.

The oxygen that keeps us alive while we breathe is called ‘ground-state’ oxygen and is quite stable, unfortunately this oxygen can be converted to other harmful forms such as singlet oxygen, hydroxyl, superoxide and peroxyl radicals. Free radicals are highly reactive and unstable molecules, most commonly a result of physiological stress, photo oxidation and normal immune system functions. When unpaired, these electrons or free radicals can cause the oxidation of lipids and DNA damage as they try rob electrons from other vital ceullar molecules. Astaxanthin has the ability to neutralise these free radicals and release the energy as heat, all while turning the oxygen back to the ground state. This processes of nuetralising free radicals is called ‘quenching’ and astaxanthin has been shown to be one of the most powerful natural free radical quenchers.

There is strong and growing evidence that the antioxidant potentials of carotenoids can significantly reduce free radicals and help the body maintain a health state. Astaxanthin protects cell against oxidation by stopping free radicals to prevent chain reactions and quenching singlet oxygen. It has been shown that astaxanthin is significantly more effective at neutralizing free radicals than beta-carotene and does a better job protecting against peroxidation of fatty acids then most other powerful antioxidants. Astaxanthins antioxidant ability has been shown to be around 10 times stronger than other carotenoids such as lutein, zeaxanthin and beta-carotene. Astaxanthin has shown singlet oxygen quenching abilities 500 times better than vitamin E and a 100 times better in inhibiting lipid peroxidation. In cell culture studies astaxanthin was shown to be superior in protecting membrane phospholipids from peroxidation.

Astaxanthin protects the Haematococcus algae against ultraviolet light as a response against oxidative stress. When free radicals form from excessive sun exposure, astaxanthin has the ability to neutralize the damage and increase the skins tolerance of UVB light up to 6 times. Ultraviolet light in excessive amounts will cause the skin to burn, resulting in the formation of free radicals. This photo oxidative stress damages DNA, cellular lipids and contributes towards skin cancers and premature aging of the skin. Mice fed astaxanthin experienced 3 times less sun damage than those without. In rat kidney fibroblasts, astaxanthin has exhibited far greater protection against UVA light induced oxidative stress compared to lutein and beta-carotene.

HDL (good cholesterol) and LDL (bad cholesterol) are associated with coronary heat disease. In a rat study, those fed astaxanthin over 30 days experienced an increase in HDL and a decrease in LDL compared to the control. With new studies in process one can speculate that astaxanthin and other carotenoids are decreasing the oxidation of these lipid carriers, therefore reducing the chance of heart disease. In a stress experiment on shrimp, those fed astaxanthin experienced nearly a 100% increase in survival rates compared to those without astaxanthin over a 3 month period. The study suggested astaxanthin can function as an oxygen reserve which allowed the shrimp to survive under anaerobic conditions, possibly translating to a positive benefit for endurance activities when muscles are in need of oxygen.

Carotenoids are extremely important when it comes to the health of our eyes, with many studies showing carotenoids help protect the retina against oxidative damage. Within our retinas are photoreceptor cells, containing a high concentration of polyunsaturated fatty acids, coupled with high oxygen exposure, creates an environment susceptible to lipid peroxidation. Carotenoids have been shown to be perfectly suited to counter these light induced antioxidants and minimize oxidative damage with light damage being the major cause of age-related macular degeneration. This macular degeneration results in a gradual loss of photoreceptor cells over time and is attributed to the leading cause of blindness. However a higher intake of carotenoids is associated with a 43% lower risk of age-related macular degeneration. Unlike most other antioxidants, astaxanthin has the ability to cross the blood-brain barrier and protect the retina against photo oxidation and loss of photoreceptor cells.

Studies have confirmed a correlation between a reduction in certain cancers and carotenoid intake due to the enhancement of the immune system. Carotenoids such as astaxanthin have anticarcinogenic effects which are likely to attribute to its antioxidant effect, as free radicals are believed to be one factor in the process of cancer initiation and propagation. Some studies have demonstrated carotenoid supplementation increases the cell destruction of tumor cells improves the rejection of foreign tissue and. A study on mice has revealed astaxanthin slowed chemically induced tumor growth with tumors half the size of the control and reduced the cancer rate by 31%. Another study on rats that were fed a carcinogen in their drinking water showed astaxanthin significantly reduced the development of chemically induced tongue neoplasms due to its effect of epithelium cells and enhanced immune response.

Carotenoids have been shown to enhance the immune system and protect cell bembranes and DNA from mutation. One study concluded astaxanthin has the best cytokine-inducing activity and may provide an immunmodulating role. In an immune response study, astaxanthin increased the number of IgG antibody-secreting cells. An important regulator of the immune system are the T-helper cells which are usually activated by the presence of foreign cells. Another study speculated dietary carotenoids could reduce the chance of developing autoimmunity and malignancies by enhancing T-helper functions and promoting specific antibody responses.

Astaxanthin from Haematococcus algae has never been associated with any toxicity in reported literature and studies. It has been checked by the FDA and approved as a dietary ingredient. After multiple toxicity and safety studies none showed any signs of abnormalities.