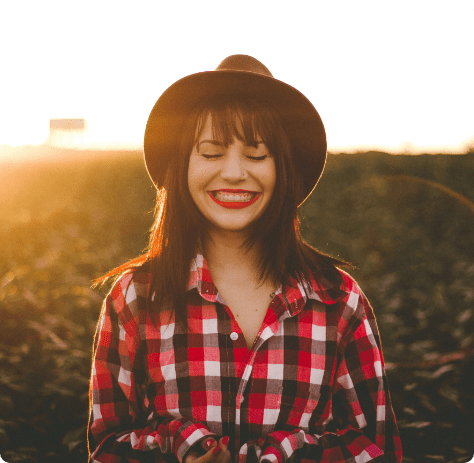 Astaxanthin has several essential biological functions including protection against oxidation of essential polyunsaturated fatty acids; protection against UV light affects; immune response; pigmentation; communication; reproductive behavior and improved reproduction. Closely related to other well known carotenoids such as beta- carotene, zeaxanthin and lutein,thus they share many of the metabolic and physiological functions attributed to carotenoids.

Astaxanthin as an antioxidant

Free radicals and highly reactive forms of oxygen are produced in the body during normal metabolic reactions and processes. Physiological stress, air pollution, tobacco smoke, exposure to chemicals or exposure to ultraviolet light can enhance the production of such agents. free radicals can damage DNA, proteins and lipid membranes. Dietary antioxidants such as carotenoids, might help to prevent and fight several human diseases. Carotenoids are potent biological antioxidants that can absorb the excited energy of singlet oxygen onto the carotenoid chan, leading to the degradation of the carotenoid molecule but preventing other molecules or tissues from being damaged. Antioxidants can also prevent the chain reaction production of free radicals initiated
by the degradation of polyunsaturated fatty acids. Astaxanthin has shown to be very good at protecting membranous phospholipids and other lipids against peroxidation.

Exposure of tissue to UV light can lead to the production of singlet oxygen and free radicals and the subsequent oxidative damage to this exposed tissue. Carotenoids have an important role protecting tissue against UV light with astaxanthin being far more effective than β-carotene and lutein at preventing UV damage. With oxidative damage to the eye and skin by UV being widely documented, astaxanthin could be very beneficial for eye and skin health.

Two of the leading causes of visual impairment and blindness are age related macular degeneration and age related cataracts, both appearing to be related to light-induced oxidative stress. Dietary intake of carotenoids has shown to reduce the risk for both cataracts and macular degeneration. With its powerful antioxidant activity and UV-light protection effect, astaxanthin has been shown to protect and help UV-light injuries recover faster.

Excessive exposure to sunlight results in sunburn and oxidation, inflammation and aging of skin cells. Studies have shown antioxidants could reduce sun damage with astaxanthin used in nature to protect the skin and eggs of salmon against UV-light oxidation. Astaxanthin has the ability to act as an oral sun-protectant.

The oxidation of LDL (the ‘bad’ cholesterol) is believed to contribute to the development of atherosclerosis, the hardening and narrowing of the arteries. Therefore it may be possible to reduce the risk of atherosclerosis by antioxidant supplementation such as astaxanthin. With growing data to support it, dietary antioxidants might be able to protect from cardiovascular disease. In a human study with dietary astaxanthin of 3.6mg per day for 2 weeks, subjects experience a result oxidation of LDL-cholesterol. Astaxanthin can also be beneficial by modifying levels of LDL and HDL cholesterol and reducing inflammation associated with the development of coronary heart disease.

In the mitochondria, multiple oxidative chain reactions generate the energy needed by the cell but produce large amounts of free radicals that need to be neutralised to maintain proper mitochondrial function. Aging is largely attributed to the cumulative oxidative damage to mitochondria which astaxanthin has been shown to slow down. With it’s ability to protect the inner and outer part of the cell, astaxanthin offers a cell protect unlike many common antioxidants. When it comes to cell-cell communication and regulating gene expression, antioxidants play an important role with cell-gap junction communication, which may be a reason for astaxanthin’s anti-cancer attributes.

Astaxanthin is still in its early days of cancer testing, however it has shown extremely positive results in mammals. Rats supplemented with astaxanthin and fed carcinogen showed significantly lower incidence of cancerous growths in their mouths compared to the control. Secondly, those rats supplemented with astaxanthin experienced a significant decrease in the occurrence of induced colon cancer, compared with the rats that were only fed a carcinogen. Induced mammary cancer growth was reduced by more than 50% compared to B-carotene and the enzyme responsible for prostate growth was shown to be inhibited by astaxanthin.

Astaxanthin and the Immune Response

Immune cells rely profoundly on cell to cell communications via cell membrane receptors, which is why they can be very sensitive to membrane damage from free radicals and oxidative stress. In many mammal tests, astaxanthin has significantly influenced immune function by enhancing in vitro antibody production. Studies on human blood cells have shown an improvement by astaxanthin of immunoglobulin production in response to T-dependent stimuli.

Our nervous system is particularly prone to oxidative damage. Containing both unsaturated fats and iron, with the metabolic aerobic activity, the nervous system tissue susceptible to oxidative damage. Mounting evidence shows oxidative stress is a cause of neurodegenerative diseases such as Parkinson’s, Huntington’s and Alzheimer’s and diets high in antioxidants such as astaxanthin offer the chance to reduce the potential risk. A study done in rats showed astaxanthin could cross the blood-brain barrier and extend its free radical fighting abilities to the brain which has sparked further testing in humans with neurodegenerative diseases.

After a study on 33 healthy adults, consuming up to 19.15mg of astaxanthin a day over 29 days, no ill effects or toxicity from the astaxanthin was observed. Other studies have shown astaxanthin to possess health risks at a range of doses. After questioning Astaxanthin supplement users, 85% of people reported an improvement in the condition they were suffering from. Comparing 26 brands of prescription drugs, natural astaxanthin supplementation was found to be as effective or more effective in 92% of the comparisons. With a large percent of positive responses, astaxanthin may very well have a strong anti-inflammatory component better than many harmful anti-inflammatory drugs

From the current literature we can conclude that Haematococcus astaxanthin might be an easy and positive approach to managing a range of health concerns. This conclusion is supported by astaxanthin’s strong antioxidant activity and its role in reducing inflammation.

YOU CAN READ THE FULL PAPER HERE- Haematococcus astaxanthin: applications for human health and Nutrition